If you haven’t heard, Energy Alabama has released an updated scorecard evaluating the performance of Alabama’s rural electric cooperatives in areas such as democratic governance, member services, and access to clean energy, to name a few.

Energy Alabama represents one of seven southeastern states that are a part of Energy Democracy Y’all, an ongoing collaboration between multiple organizations to evaluate the performance of rural electric cooperatives using scorecards. Other contributing organizations include Appalachian Voices, Kentuckians for the Commonwealth, OneVoice, the Partnership for Southern Equity, Rural Power Coalition, and the Mountain Association via the Advancing Equity and Opportunity Collaborative. The project’s launch was accompanied by a webinar that outlined the key takeaways from each state’s scorecard.

Energy Alabama and Alabama Interfaith Power and Light previously published a separate rural electric co-op scorecard in 2021, and the Energy Democracy Y’all project resulted in Alabama’s scorecard being updated to reflect the new and improved methodology as more states joined the project.

This time, Energy Alabama discovered that, as of 2022, Alabama’s 22 rural co-ops had the lowest overall average scores of all states measured, making Alabama the only state to receive a failing grade on the scorecard. The majority of cooperatives do not make board meetings, documents, or directors available to members, and one in three cooperatives do not post their bylaws or financial documents on their websites, which are the primary causes for these low scores. Co-ops also received failing service ratings due to the nearly statewide absence of community solar, the absence of member disconnection protections, and the highest average fixed fees of all scored states.

These issues are nearly identical to those found on our 2021 scorecard, indicating that co-ops have made little progress in governance and services, despite the extremely low bar. In the new scorecard, we discovered that Alabama co-ops are expanding broadband access, in part because of initiatives such as the Alabama Middle-Mile Network project, which awarded $82.45 million to many co-ops for broadband service in the fall of 2022. In addition, Covington Electric Cooperative was the first co-op in the state to implement a community solar program.

When they were first established, Alabama co-ops represented a breakthrough in energy access, but they have since fallen significantly behind the rest of the nation’s co-ops.

Energy Alabama recommends that Alabama co-ops update their websites as soon as possible to include and prominently display important governance information, such as bylaws, board meeting times and locations, direct contact information, and 990 forms, which are tax filings with the IRS which show important financial details about the health of a cooperative. Additionally, Alabama co-ops should develop community solar programs quickly to keep up with the rest of the region’s co-ops and increase member access to clean energy and lower bills. Alabama co-ops should also reduce their highest-in-the-southeast fixed fees, which unfairly charge customers regardless of how much energy they use and discourage energy efficiency.

Alabama co-ops can do all of this and more thanks to Section 22004 of the Inflation Reduction Act (IRA), which provides $9.7 billion in direct pay funding to rural cooperatives through the U.S. Department of Agriculture to update their energy systems and adopt clean energy technology.

As the IRA funding timeline is finalized by various departments, we encourage you to visit Energy Alabama’s IRA Resource Page, which will provide you with more information about how Alabama co-ops, along with many other entities, can benefit from this funding for the betterment of the state and its people. 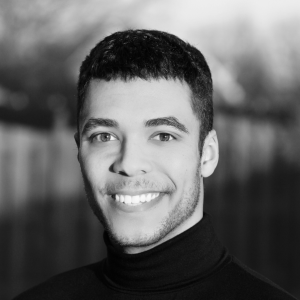