Alabama Power, Matrix LLC, and the Flow of Money & Propaganda

Astonishing is, perhaps, the wrong adjective. We should not be surprised to learn of all the machinations and intrigues being revealed by forces who are pulling out all the stops to prevent the rapid transition to clean and sustainable energy.

Here’s a quick recap of the latest in the TWO big news stories to drop this week via NPR.

On Monday, December 19, a big investigative piece by reporters at NPR and Floodlight, a nonprofit newsroom, revealed that Alabama Power received very favorable coverage from several media websites in Alabama, at least two of which claim to be “independent news outlets:” Yellowhammer News, the Alabama Political Reporter and Alabama Today.

Turns out that these media “outlets” seem to be more than happy to publish Alabama Power propaganda. Do read the whole thing here.

The “positive coverage” by those three outlets is probably not due to deep and independent news reporting by professional journalists like David Folkenflik (NPR), and Mario Ariza and Miranda Green (Floodlight) who worked on the stories published this week.

The NPR and Floodlight reporters analyzed other documents and public records and found that between 2013-2020 at least $900,000 flowed from an organization called Matrix, LLC to Yellowhammer News, Alabama Political Reporter, and Alabama Today, along with three Florida-based media outlets.

No wonder Alabama Power utility rates keep going up, up, up.

If you’re not an Alabama Power customer, you may have missed the news that Alabama Power won THREE rate increases in 2022, even while the company’s total revenue was up more than $400 million year-to-date compared to 2021. The operating margin of this subsidiary of the Southern Company is also up substantially for 2022.

Shareholders are probably happy. The pockets of Alabama Power customers are being emptied to boost corporate profits.

Alabama Power has no qualms in asking for rate increases. It knows that every rate increase it asks for will be rubber-stamped by the Alabama Public Service Commission, with almost no questions asked about where all the company’s revenue is going.

We have no utility oversight in Alabama. We have a Public Service Commission that thinks it exists to serve Alabama Power.

The last time the Alabama PSC held an Alabama Power public rate hearing was 41 years ago, way back on March 6, 1981! Ronald Reagan had JUST been inaugurated as president in his first term as few weeks before.
Alabama PSC Commissioners Twinkle Andress Cavanaugh and Jeremy Oden were still in middle school!!

Two days later, on Wednesday, we learned that Matrix, LLC was paying Kristen Hentschel, former reporter and freelance ABC news producer, to pose as a reporter and “trip up” Florida elected officials who dared to take environmental positions that Florida Power & Light and other Matrix clients did not like. These Florida intrigues also have an Alabama connection.

During the same period that she was attempting to trip up the Florida politicians, she was also working as a freelance news producer for ABC News. There apparently was no effort by Hentschel to reveal which hat she was wearing when she would throw out her questions that were not based in reality, were insinuations, or were phrased in ways that came across as modestly disguised threats.

The Wednesday story also revealed that Hentschel “cozied up to” the former girlfriend of Southern Company CEO Tom Fanning. You might recall from reporting by Kyle Whitmire and John Archibald (AL.com) that Fanning was the subject of surveillance coordinated by Matrix LLC.

Just a reminder: Alabama Power is a subsidiary of Southern Company.

Aside: Shortly after AL.com’s story dropped on August 3, 2022 a lawsuit filed in Jefferson County, Alabama between Matrix founder, Joe Perkins, and Matrix’s former CEO Jeff Pitts, was settled and dismissed.

Back to Wednesday’s story on NPR….

This investigative report details how Hentschel was apparently tasked by Matrix with confronting certain Florida elected officials using questions about fake events and non-existent problems as a tactical maneuver in broader efforts to fight their reelection efforts.

One target was Phil Stoddard, mayor of South Miami, who had “clashed with Florida Power & Light over transmission lines, a nuclear power plant and policies on residential solar panels.”

Another target was “U.S. Representative Brian Mast of Florida, a conservative Republican” who had championed efforts to improve and protect water quality in Lake Okeechobee.

A third target was Toby Overdorf, then a candidate for the Florida State House, who was targeted by Hentschel in 2018 with questions about the purported death of 20 gopher tortoises at a construction site. No evidence of any dead gopher tortoises at the site was ever found by the city or others. This line of questioning by Hentschel was over a fake problem apparently manufactured to reflect badly on Overdorf while he was running for office. Overdorf, who had taken pro-environmental positions in his campaign, won that election.

The Overdorf story has an Alabama connection: A group called the Center for Sustainability and Conservation, which deleted its website “after Floodlight and NPR contacted the center’s founder for comment.”

Prior to the website’s deletion, Floodlight and NPR had discovered Hentschel’s “segments on Overdorf” were posted to the site and she was “the organization’s media contact.” They also found that “Matrix had paid the center at least $55,000 through a related business, according to the consulting firm’s ledgers.”

These Florida intrigues revealed by the NPR/Floodlight investigations build on earlier investigative reporting connecting the Alabama-based Matrix LLC to Florida. It’s all too complicated to detail in this one blog article, but the Wednesday story on NPR links to reporting by the Orlando Sentinel, the Miami Herald, and others.

We highly recommend that you read all of these investigative articles linked here or in the NPR stories to gain a deeper understanding of the ruthless players fighting efforts of leaders, organizations and average citizens who want to see change in the Southeast and who are working to advance clean and sustainable energy.

Alabama is ground zero for proof that Lord Acton was right.
Our state motto may as well be changed to “We dare not tread on Alabama Power.”

It might be hard, but We the People of Alabama can demand change.
We can work to make change a reality. It just takes the will to stand up and take action, even if those of us in Alabama Power’s service area are lugging around a space heater like a ball-and-chain to try and lower our home electric bills.*

Please join us in the fight for change!

*Carrying a space heater was suggested by Alabama Power in a recent email to its customers as a solution to lowering our electric bills. 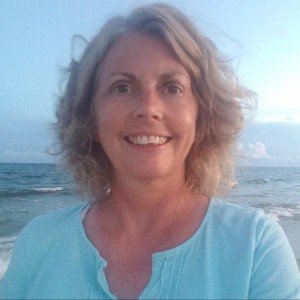