Can Electric Cars Save Utilities?

Over the past decade, we as a society have become much more energy efficient; we have energy efficient light bulbs, our appliances require less watts, and we can even install solar panels onto our homes to generate our own energy. Undoubtedly, these are great steps to take if we want to preserve natural resources and save some capital for other expenses like shopping or groceries. But is there a downside to someone?

As mentioned in a previous blog, the utility death spiral is a reality that could be all too imminent. Hawaii and some parts of Europe are already seeing the foreboding signs of a utility crisis. A result of declining prices and rising costs, utility companies are left desperate for new load growth. Utilities have been threatened by numerous factors like LED bulbs, on-site solar, and energy efficient appliances, which cause significant declines in utility sales. If revenue falls too quickly, then utilities become liable to start in free-fall, much like what happened in Germany where utilities lost half a trillion euros in their markets. Innovation and progressive change are good, but pace is pertinent in their execution. 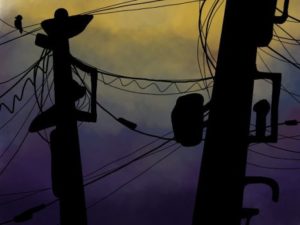 Another haunting reality for utilities is the void of commonly found, high-demand appliances in consumer facilities. Decades have passed since the refrigerator or heating and A/C units, all of which require considerable amounts of energy to operate, have been taken into our homes and commercial facilities. When these appliances were first introduced, utilities saw a major increase of demand. But that was long ago, and we have since become a much more energy efficient society, especially with largely encouraged renewable energy sectors.

However, quick innovation can involve shifts in losses and benefits from one industry to another. So if the electric car companies can take business away from the gigantic petroleum energy by releasing more electric cars (EV’s), then everybody wins. Well, everybody except the petroleum industry, but that’s another discussion.

Can a Shift to Electric Cars Save Utilities?

The answer to this question is a bit complicated. The Energy Information Administration (EIA) states that transportation energy is the second largest consumer of energy in the U.S, right behind electric power generation. However, a predictable 93% of that power comes from petroleum products. A recent post by the Edison Electric Institute (EEI) claims that EV’s could provide the load growth that utility companies so desperately need. EEI published a post on Transportation Electrification back in 2014. This post details how EV’s could benefit all parties involved, society included, if we moved from petroleum powered vehicles to battery powered ones.

Between 2007 and 2013, retail sales of electricity in the United States across all sectors dropped 2%. In addition, the American Society of Civil Engineers gave America’s energy infrastructure a D+ grade in their 2013 report card and estimated a 3.6 trillion dollar investment needed by 2020.

However, there are some foreseeable problems with a large scale shift to EV’s. One being that peak demand times could be significantly increased by people charging their EV’s. From what we notice today, EV owners typically charge their vehicles when they get home from work. Makes sense, right? You get home, plug in your car, and go inside to watch football and chill out for a while. The only issue with that is that utilities already see peak load times around these hours, so adding even more demand during these times could prove costly and difficult for utilities to handle. Some utilities, including Alabama Power, are hoping to fight this by offering qualifying EV owners rate incentives if they charge their vehicles in off-peak hours, which, if done correctly, could actually benefit grid stability and efficiency.

“Alabama Power offers an optional rate rider for customers with a Plug-in electric vehicle (PEV). The rate rider allows customers to charge their electric vehicle at a discounted rate during off-peak hours of 9 p.m. to 5 a.m. To qualify for eligibility, a customer must own a PEV that is manufactured primarily for use on public streets, roads, and highways. Electric scooters, electric bicycles, golf carts, and motorized electric wheelchairs are not included.”

EEI claims that a large scale electric transportation shift would benefit the electric vehicle industry, the consumer, the environment, and especially utilities who need to see a significant rise in load growth. As we know, electric vehicles have significantly lower carbon emissions that damage the atmosphere, save the consumer money on gas, and would cause a considerable rise in electric demand for utility companies.

California is already making notable efforts in regards to filling it’s streets with electric vehicles. The California Public Utilities Commission (CPUC) received several proposals from different companies who wish to accomplish different goals in expanding their fleets to exclusively EV’s and installing thousands of new EV charging stations. The proposals are filed under California’s Zero-Emission Vehicle Program that plans to propagate a utility infrastructure to support 1 million Ev’s by 2020. The state hit 250,000 in late 2016. 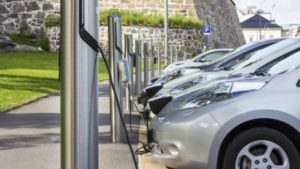 The proposals approximate to 1 billion dollars in funding. If granted, tens of thousands of charging stations would be installed in California airports, ports, warehouses, and residencies. The Pacific Gas and Electric Company (PG&E) is seeking $253 million for three efforts: “expanding electrification for fleets with medium- and heavy-duty vehicles, responding to consumer demand for fast-charging stations, and exploring new uses for vehicle electrification through five, one-year projects.”

Alabama faces one big problem with the electrification of its transportation industry: charging. Alabama is all but void of any charging facilities that EV’s so desperately need. If utilities are truly depending on EV’s for the load growth that they need, then charging station projects would have to come soon.

Additionally, Alabama needs to take a hard look at its policy in the transportation policy to encourage growth in electric transportation. These changes could be everything from building codes at the local level that require installation of chargers for large destinations to the Alabama Department of Environmental Management (ADEM) using Volkswagen settlement money to build the infrastructure for heavy duty trucks.

As you can see from California’s example, where energy efficiency and renewables have stunted electric demand growth, utilities are making aggressive moves to electrify transportation. Regulators are working with electric utilities to build the shared infrastructure while keep the market open to private sector innovations. We hope Alabama will follow suit.