There was a buzz in the air Saturday, October 31, at Whitesburg P-8, where student-built electric cars took to the track for 90 minutes to determine which team of young minds engineered the best vehicle.

The cars are part of a dynamic curriculum, called GreenpowerUSA, that challenges students aged 9-25 to apply S.T.E.M.-based thinking to the task of building and racing an electric car. 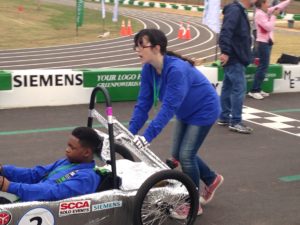 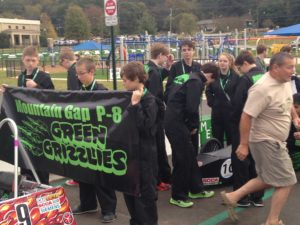 Siemens, a global software company with an office in Huntsville, AL, brought the Greenpower program to the U.S. Siemens’ motives are practical. “Obviously, we’re in it because we’re engineers and we want our kids using our software but we’re seeing more and more [that] the big thing they get out of it is the ‘soft’ skills,” says Bill McClure, Vice President of Strategic Initiatives at Siemens. And the number one soft skill cited by students is teamwork.

Julie Folsom, whose daughter created a racecar with Chaffee Elementary, extols the virtues of the program: “We’re completely new to this but I love it. The kids have to decide what materials to use to make it more aerodynamic, what would affect the weight, what driver would be best depending on the size of the driver, the weight of the driver, the driver’s skills.” 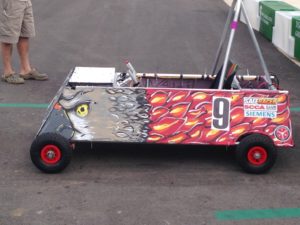 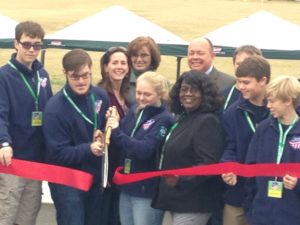 The program attracts students of every ability and gender. According to Julie Folsom, almost all the fourth and fifth graders in her daughter’s school applied to be part of the Greenpower team. 35% of Greenpower’s participants are female, making it the highest female-participated engineering project.

“We can’t ignore 50% of the population!” says Michael Brown, Director of Academic Relations at Siemens. 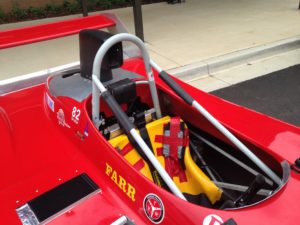 “The students are learning without even realizing it,” Michael Brown explains. “Let’s talk about the Goblins. You might think that’s just a ‘costume project.’ But even at ages 9, 10, and 11 they learn about ‘righty-tighty’ and ‘lefty-lucy.’ You know, nuts and bolts. They also learn Fleming’s left hand rule – how an electric motor works. Now they don’t know they’re learning it, but when they wire up the car, if they wire the motor up the wrong way round, when they press the button, the car goes backwards.” 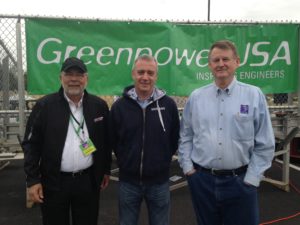 PrevPreviousExecutive Actions on Energy – What It Means
NextTinsel Trail is Among the Brightest, Longest Christmas Displays in the SoutheastNext