Solar energy is the future of energy, allowing you as an energy consumer to not only be energy efficient but also save money. Solar energy is one of the main clean and sustainable energy sources that benefits both the consumer and world we inhabit.

So, what should you know?

What is solar energy?

Solar is the most abundant source of energy we have available to us on Earth. The energy from the sun is more than 10,000 times what the world needs in terms of energy, at any given time of day. It is a form of “renewable energy” or “clean energy” which is energy that comes from natural sources that are always available. In recent years, scientists have studied solar energy as a power source for homes and businesses–it now accounts for more than one-eighth of the energy sources used across the United States.

This 1/8th includes the energy that has been used to grow our crops, dry foods, and keep us warm, but now it can be used to warm your water and power your homes and businesses.

How does solar energy work? 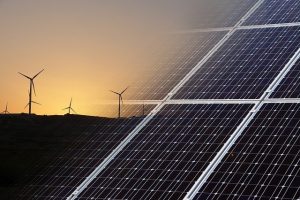 The US government’s Office of Energy Efficiency & Renewable Energy states that “the amount of sunlight that strikes the earth’s surface in an hour and a half is enough to handle the entire world’s energy consumption for a full year.” Solar energy is derived from the sun. Solar energy comes from the light emitted by the sun—electromagnetic radiation—that reaches the Earth’s surface. Through the installation and use of solar panels, sunlight and solar radiation is converted into power that our technology can use. The heat radiation from the sun triggers a reaction that produces electricity for use.

Does solar radiation have any negative affects to our Earth?

There are no negative effects from the sun’s radiation with the use of renewable energy. On average, 70% of the radiation emitted by the sun is absorbed into the Earth while the other 30% is reflected back into space. However, greenhouse gasses emitted from burning fossil fuels (a non-renewable energy source) trap the sun’s radiation, causing the temperature of the Earth to rise. Earth’s average global temperature that covers the entire surface depends on how much energy we receive from the Sun and how much returns into space, and as a result of non-renewable energy, Earth has experienced an approximate 1℃ global change in temperature.

How is solar power produced?

Solar radiation is captured through photovoltaic (PV) cells in solar panels where it is then converted into electric energy. Solar panels used to capture sunlight and radiation consist of 60 or more solar cells, and comes in two main types—monocrystalline or polycrystalline—with a marginal difference in wattage. Both cell types serve the same purpose for the solar system, but monocrystalline solar panel cells are made from a single crystal of silicon while polycrystalline solar panel cells are made from many melted silicon fragments. Monocrystalline panels -considered the premium of the two- have higher conversion efficiencies and are sleeker looking. Polycrystalline cells are the cheaper option, but they have slightly lower efficiencies and look less aesthetically pleasing to some.

In order for the conversion of sun radiation to electric energy through the solar panels to successfully occur there is a complex process that consists of the following elements—solar panels, PV module, wiring, inverters, etc. The PV module is the core of the solar cells, when light from the sun hits the conversion module, each cell produces direct current (DC) voltage. DC and alternating current (AC) wiring are responsible for switching the power on/off and from the inverter. The inverter is responsible for taking the DC from the solar and/or batteries and turning it into AC for use in a building or on the grid. Batteries are sometimes installed to store the electric energy chemically to be used when the sun is not hitting the panels, like during the night-time. Finally, solar controllers are used to regulate the energy current into the batteries. Solar energy is made possible through the work of each of these components. 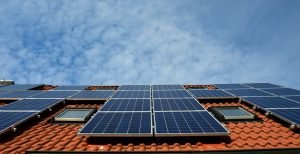 How much does solar power cost?

The prices of solar panels are ever dropping. What you should expect depends on the system size and federal solar tax credit, with a 10-kilowatt ranging from $17,650 to $23,828 and the average price per watt ranging from $2.40 to $3.22. The cost depends on how much energy you want to generate, depending on whether you’re planning on fueling solar electricity through your home or business. The below chart depicts the average cost for solar panels depending on the size of the system:

The solar tax credit reduces your cost by 26% simply for installing a solar energy system, saving you thousands of dollars for going solar. Costs can depend on your state, so it’s best to compare prices with various providers in your area to make sure you’re getting the best deal.

What can solar energy be used for?

The sun makes plants grow, causes the wind to blow, and affects the temperature across the globe. It can also power your household appliances, your cell phone, and your air conditioning. Solar can be used to:

Solar energy is not a new concept, but even just a few years ago, it could be expensive to implement and not readily available to many people. However, now, many families across the U.S. and the rest of the world have converted to using solar energy as their primary source of energy. Solar energy is becoming more widely used as time progresses and prices continue to drop.

The advantages that come with using solar energy include:

The disadvantages that come with using solar energy include:

Who can benefit from solar energy?

Everyone can benefit from the use of solar energy. You don’t have to live on a sunny beach to benefit from the energy that the sun provides for us, nor will you be without if you live in a cloudy region. As long as solar energy systems are properly manufactured and placed, the risks fall far below that of the non-renewable energy the world uses now.

What is the reality of solar energy? 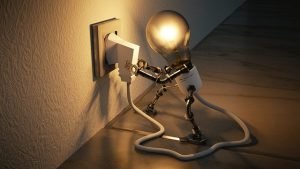 Solar energy has proved to be abundant and is becoming more popular as years progress. Solar pollutes far less, is energy efficient, and saves money. There are many misconceptions about using a solar energy system that have caused people to avoid it, but with our help and determination to teach you about renewable energy, we can move past those misconceptions and implement a clean energy future.